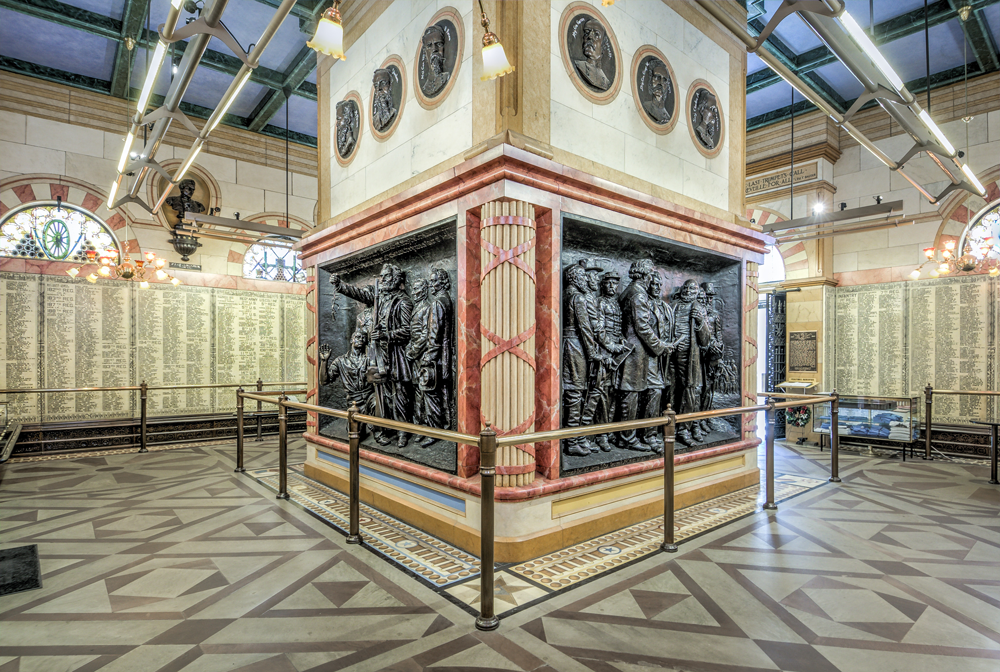 The Soldiers’ and Sailors’ Monument commemorates the American Civil War; it consists of a 125′ column surrounded at its base by a Memorial Room and esplanade. Four bronze groupings on the esplanade 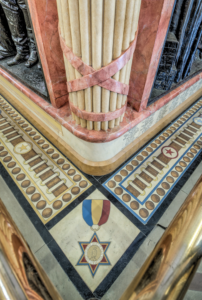 During the planning of restoration, photos were found depicting a inner room vibrant in color.  However, in its current condition the stone within the space had faded to stark white.  After months of deliberating on how to “color” stone in order to return the space to its glory, Bob was called in for advice.  As a master in color and mural restoration the solution was simple.  With his tints and brushes he was able to show the committee how it could be done.  Soon after, Bob was commissioned and alongside his daughter Melanie, the space was transformed over the next  year.   www.soldiersandsailors.com 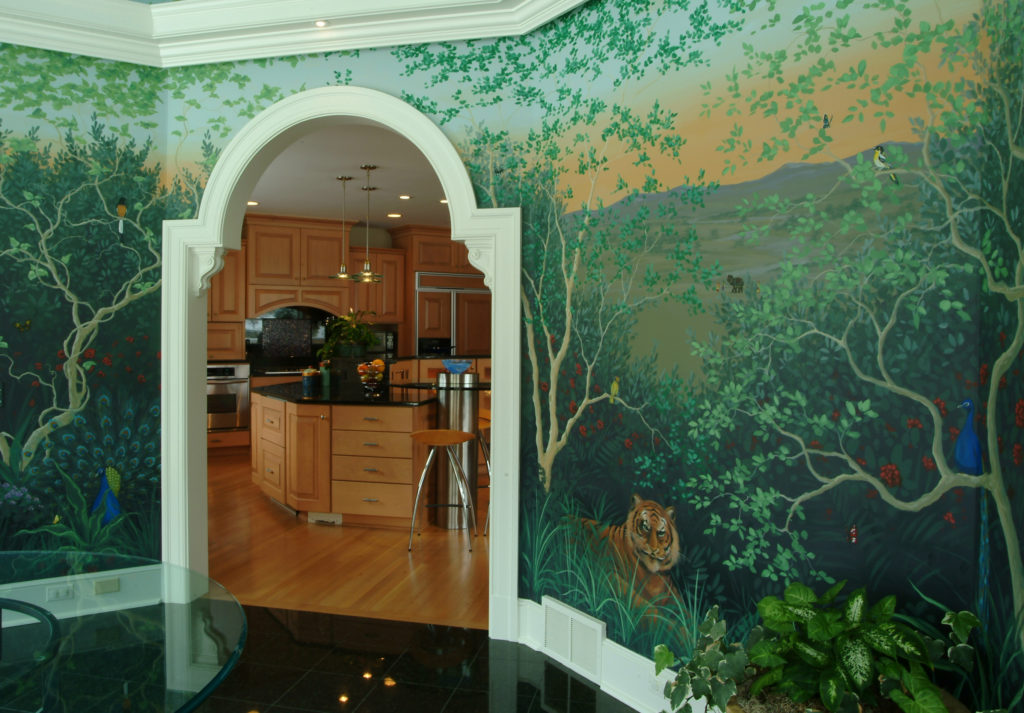 This octagonal room has 3 sides with full windows.  The owners, born in India, wanted to sit in this room on summer days a be reminded of home.  Working with the home owners memory and pictures of the region, Bob was able to transform the space to a living jungle.  This mural is full of hidden figures and animals making it a new experience every time its viewed.

Faux Stoning – Acrylic on Board 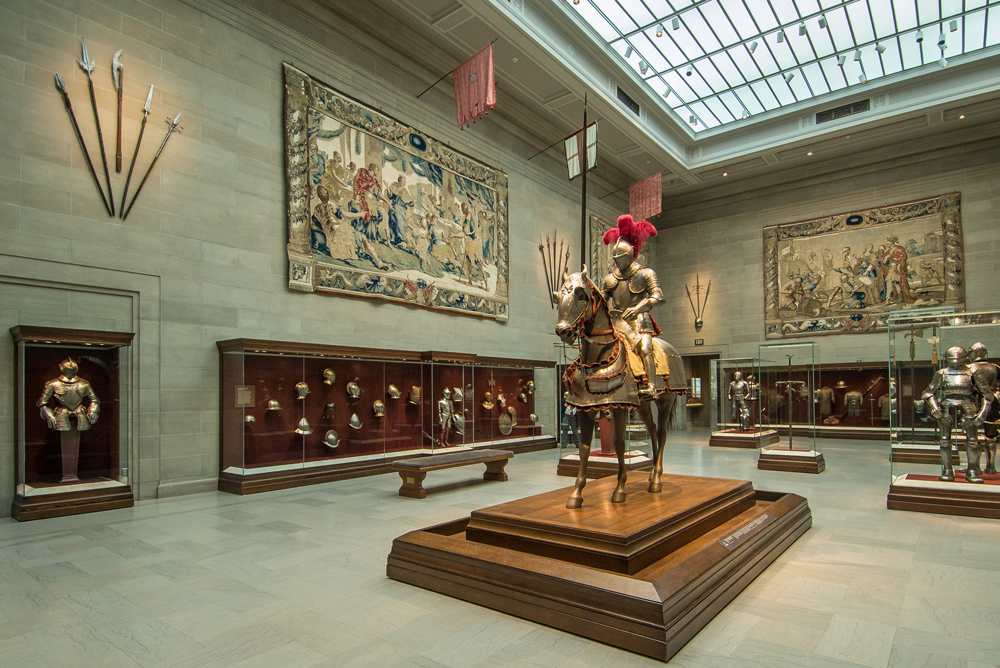 The museum opened in 1916, after many years of planning. Its creation was made possible by Cleveland industrialists Hinman B. Hurlbut, John Huntington, and Horace Kelley, as well as by Jeptha H. Wade II, whose Wade Park property was donated for the site. The
endowments established by these founders continue to support the museum. The original neoclassic building of 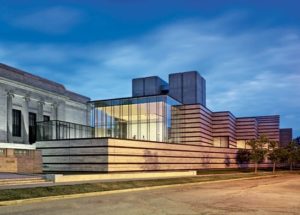 white Georgian marble was designed by the Cleveland firm of Hubbell & Benes and was constructed at a cost of $1.25 million. Located north of the Wade Lagoon, it forms the focus of the city’s Fine Arts Garden.  In 2013 a $350 million dramatic architectural modification to the institution’s blueprint was competed while reorganizing and renewing the presentation of its unrivaled collection was updated.  The museum now ranks as one of the world best. 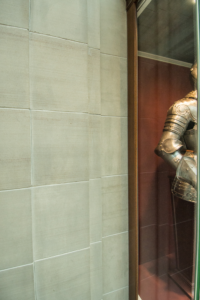 The Armor Court – One of the museums original exhibitions, the Armor Court is still renowned as one the the worlds best collections of armory.  In the 90’s, donations of 2 new suit of arms were to be displayed in glass cases that would rest on the original sandstone walls.  The space was modified and 12-24 inches of dead space between the existing stone casing and the new displays was filled in with masonite board. Bob was called in to turn the board into faux stone.  20 years later it is impossible to tell where the board ends and the stone begins.     www.clevelandart.org 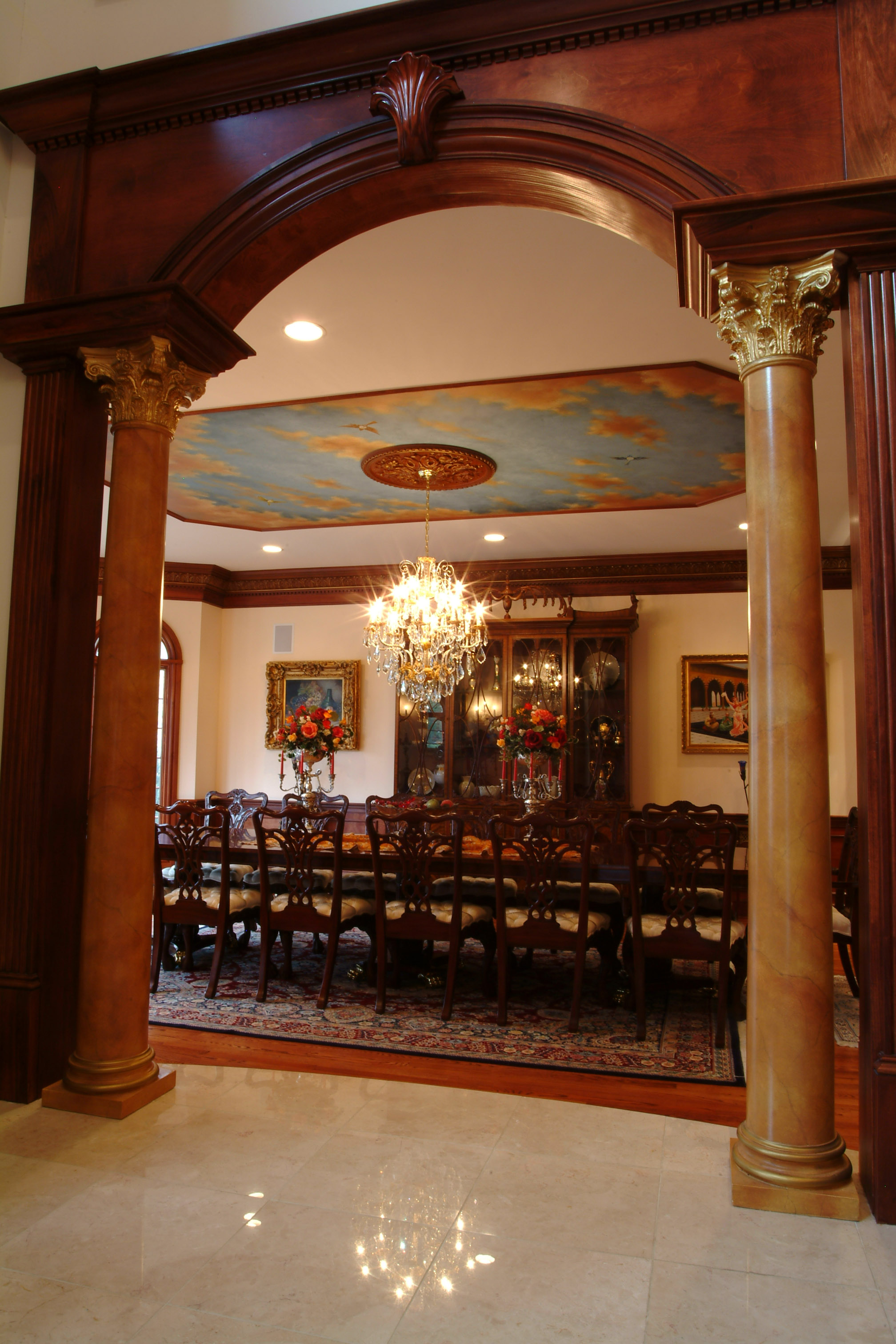 The owners of this home wanted a space that brought them back to their Indian roots when entertaining their large family. 7 plaster pillars were marbleized with feather and brush to match the 2 murals that can be seen from this vantage point.  The one seen here is a classic cloud skyscape with native birds of their homeland.  Working with an interior designer and home owner on this project, the competed artwork done during the new build, surpassed both their expectations. 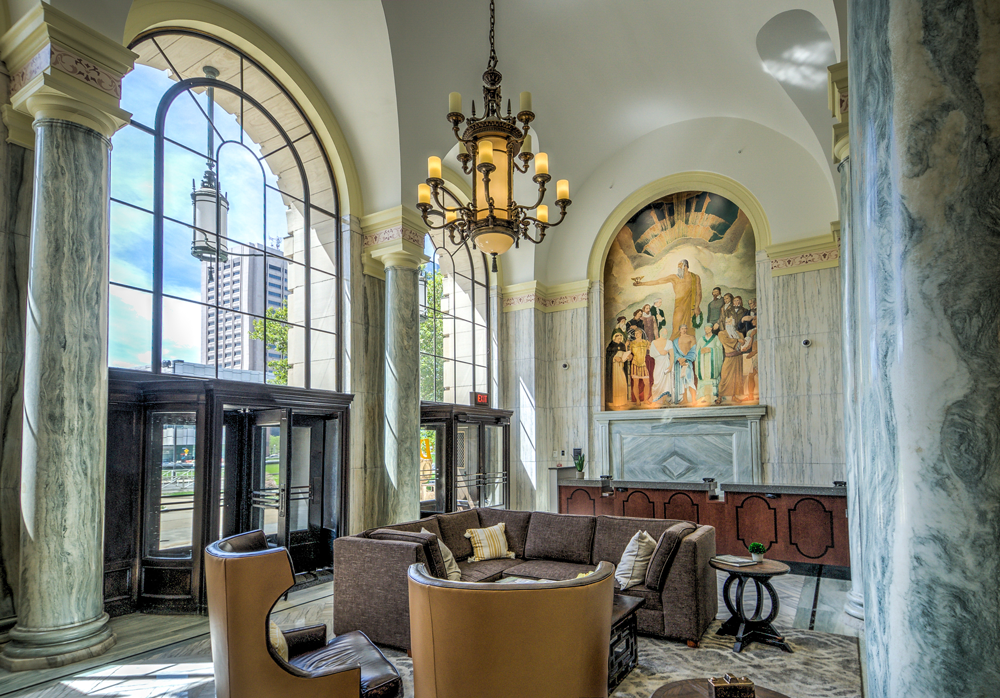 In 2013 the Drury Hotel opened in the former Cleveland Board of Education building after a stunning three-year, $52-million renovation.  Built in 1931, the property occupies a high-profile space downtown, just east of the new Cleveland Convention Center and north of Public Square. 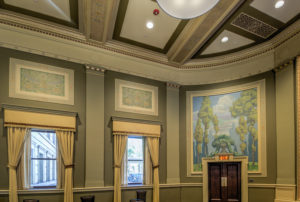 Designed by prominent architecture firm Walker and Weeks, the building was part of the city’s original Group Plan of the early 20th-century downtown development that included the Mall, Cleveland City Hall, Public Auditorium and other public buildings.

Due to its history, the Drury group was given federal funding to preserve the illustrious design, architecture and artistry.  As Cleveland’s premier mural artist Bob and his company, Dasher Arts, was commissioned to restore the two towering lobby murals, “The Progress of Education” and “The Branches of Education” painted by renowned artist Cora Holden, as well as the two-story auditorium featuring historic wall murals surrounded by intricate stenciling.  Bob’s team, led by his daughter Melanie and artists John Buekman and Tom Warner, painstakingly

ensured the artist’s original color pallets were not compromised.  Each stencil was either restored or perfect replicas were created to ensure there would be no breaks in the pattern. Each piece of art was then protected with sealing clear coats to ensure another century of glory. 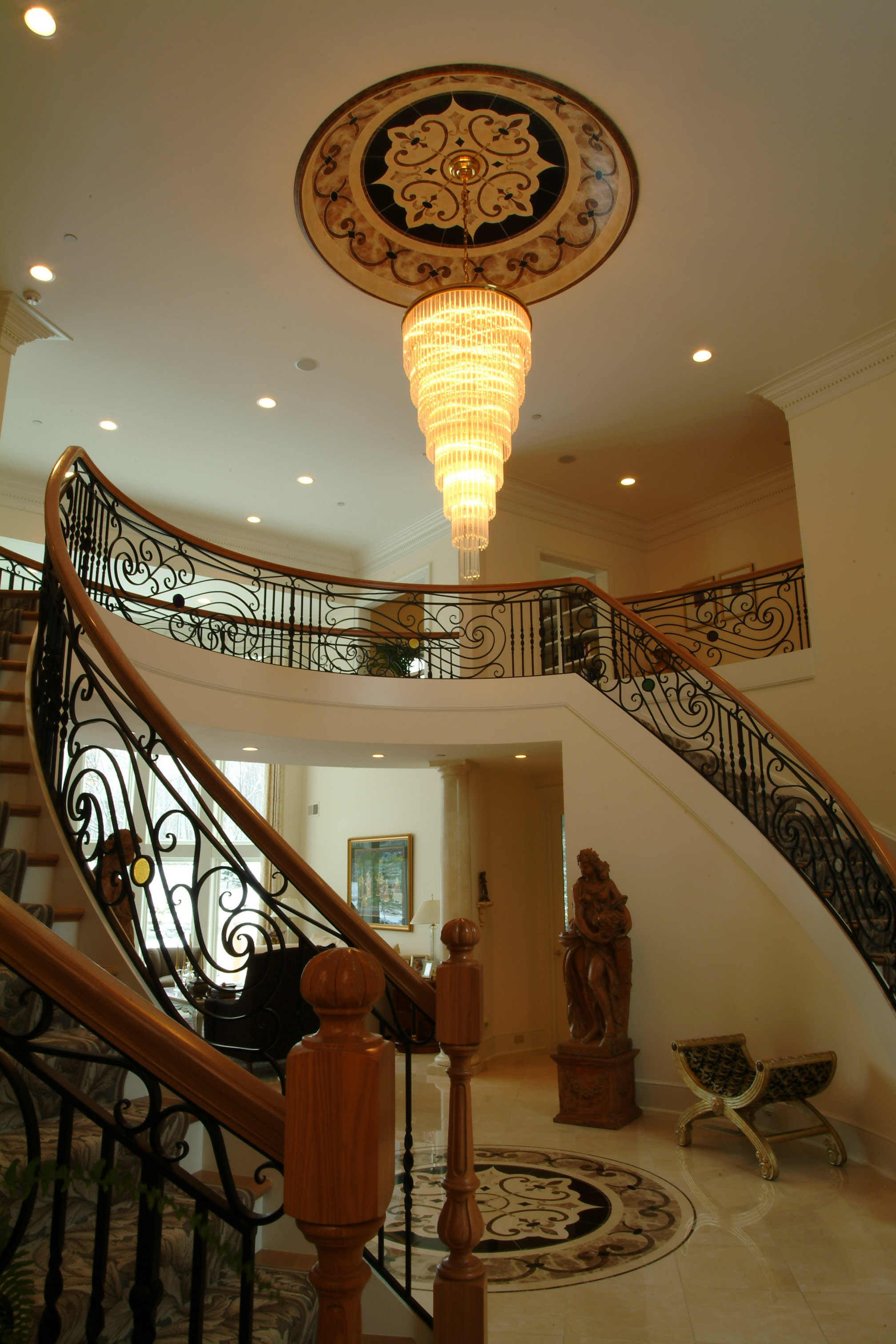 This is work of Trump L’ieol truly represents Bob’s mastery.  The designers request was to copy the marble inlay on the floor below.  However, the 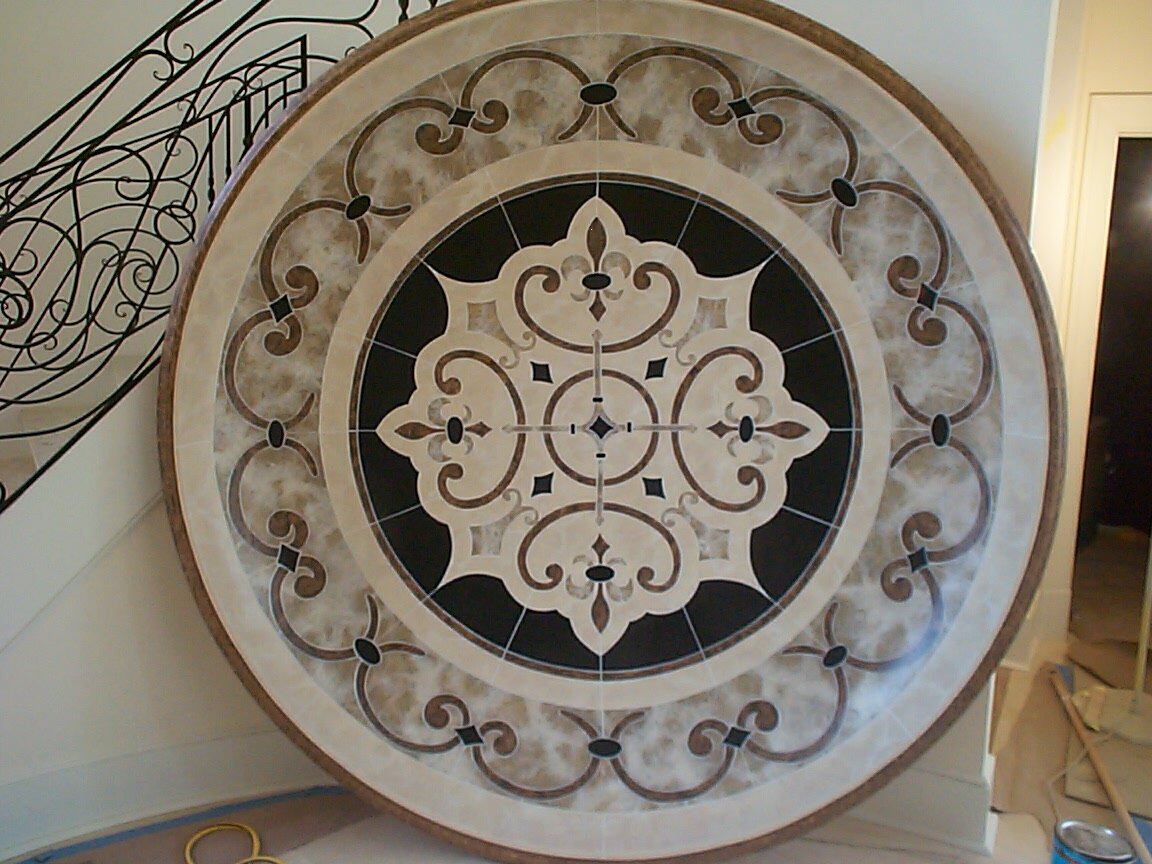 floor is flat and the dome had a concave of about two feet.  Using only his eye and completely by hand he was able to skew his design to ensure, when installed, it would produce the illusion it was flat and matched the floor perfectly.  When you enter this foyer you are drawn up to this huge
centerpiece of art breaking up the massive white ceiling.  The owner had a vision and despite his doubt Bob could do it, when completed, the owner looked up…looked down and preceded to give him the greatest complement of his career. 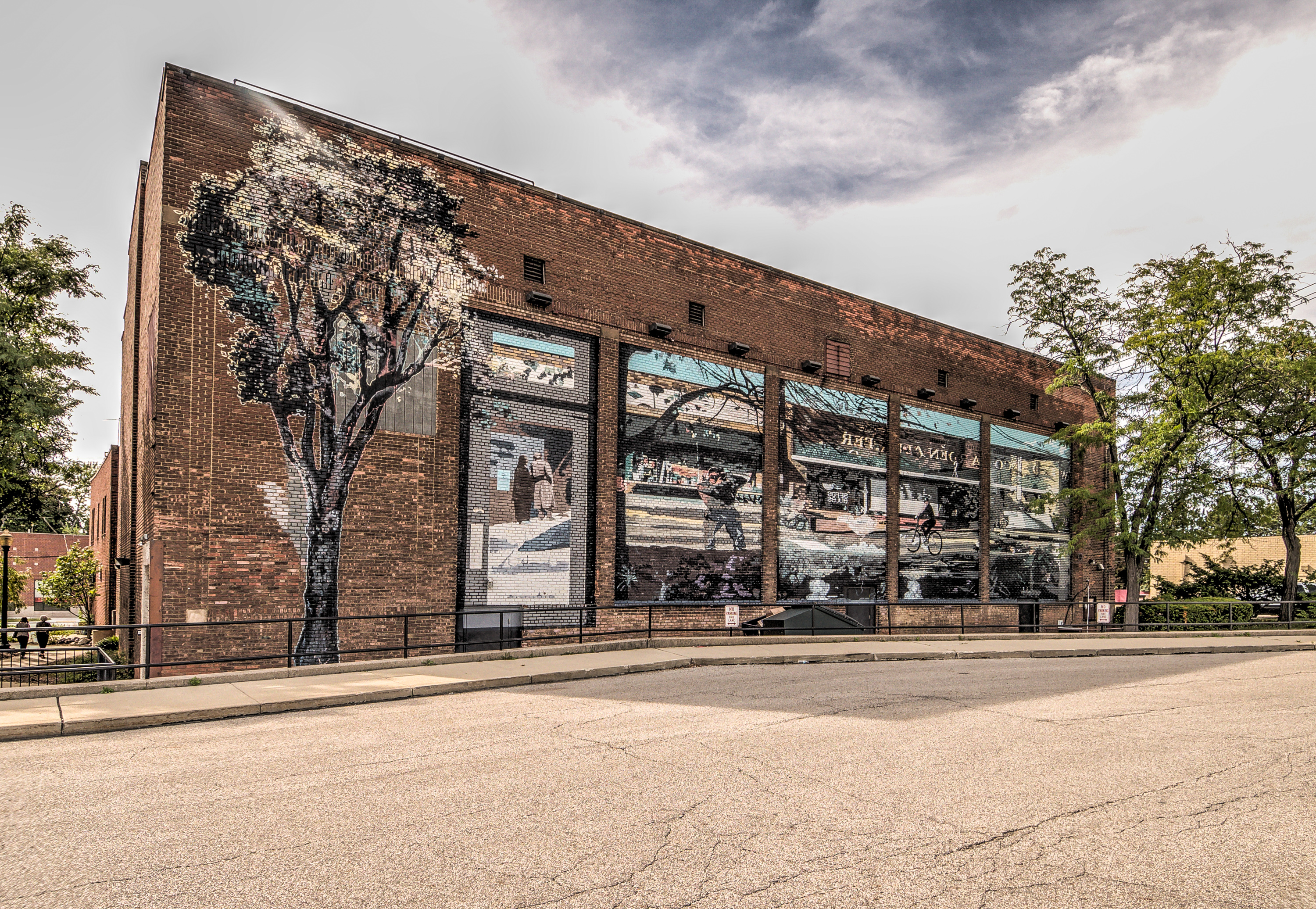 The Cedar-Lee Theatre opened on Christmas Day 1925. It was originally a 1,100-seat, single-screen theater, however, the theater underwent a series of expansions that increased it to a six-cinema facility. In 1977, the Cedar-Lee was the site of the inaugural Cleveland International Film Festival.  Throughout the Cedar-Lee Theatre’s history, the stretch of Lee Road surrounding it has been populated by a number of businesses. This historic district is now one of Cleveland premier culinary

In 2001 the city asked Bob to help elevate their newly renovated rear entrance.  The large back brick wall facing the strips main parking lot became a canvas for Dasher and his team of artists that included Tom Warner, another local artist.  The mural is a recreation of a photograph that won the local art competition.  The piece is an optical illusion that is more clear the further your vantage point.

Working with interior designers, project managers, home owners or contractors, Bob Dasher has created countless original murals all over the globe.  As a master in color, the art of trump l’oeil, and spacial artistry, Bob is capable of transforming any space into one to that leaves a legacy.  Each mural or art installation is a one of a kind piece of art commissioned by the space’s owners or caretakers.  Please take a look at the examples below to see just a taste of his work. 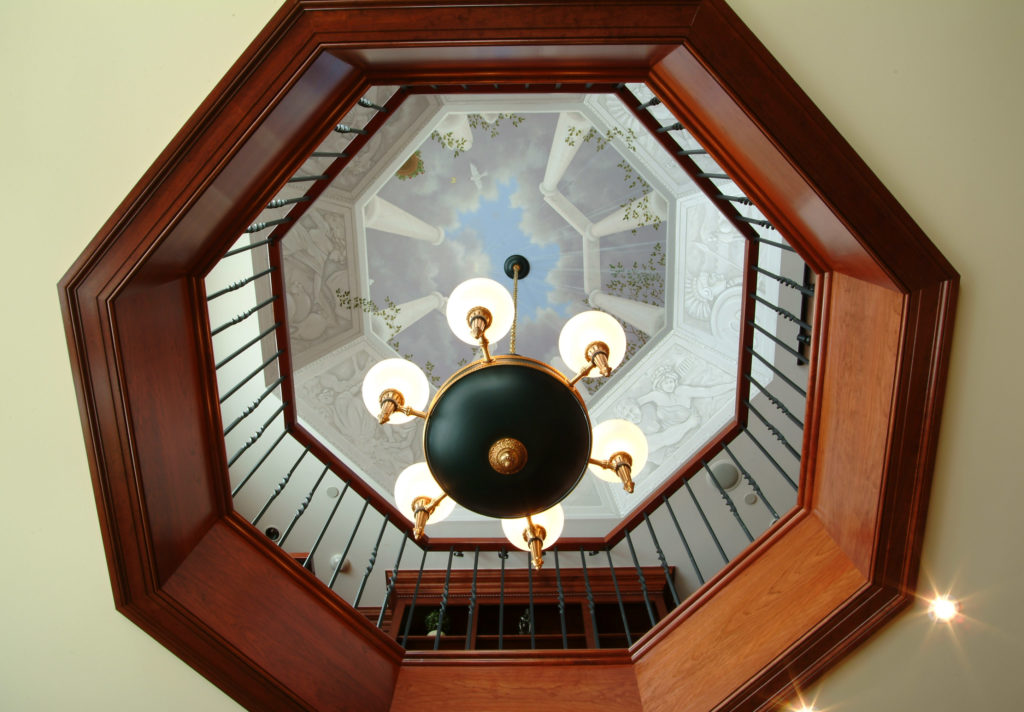 A roman themed octagonal stone relief is painted on this flat ceiling.  See from the floor below or standing just under it, the mural deceives your mind, to think the ceiling is vaulted.

These 8ft x 22ft murals face one another and transform the owners entertaining space into a walk down memory lane.  The winter scene depicts the families winter get-a-way in upper Michigan and the summer scene is a recreation of a cabin they stay at by a lake in Canada.  These murals are grand in scope and when up close and in person every nook has a hidden element recalling a memory from years past.  Like that fish that got away, or the trip the kids took the boat without asking, a mural like this can be added to increase its depth continue the story! 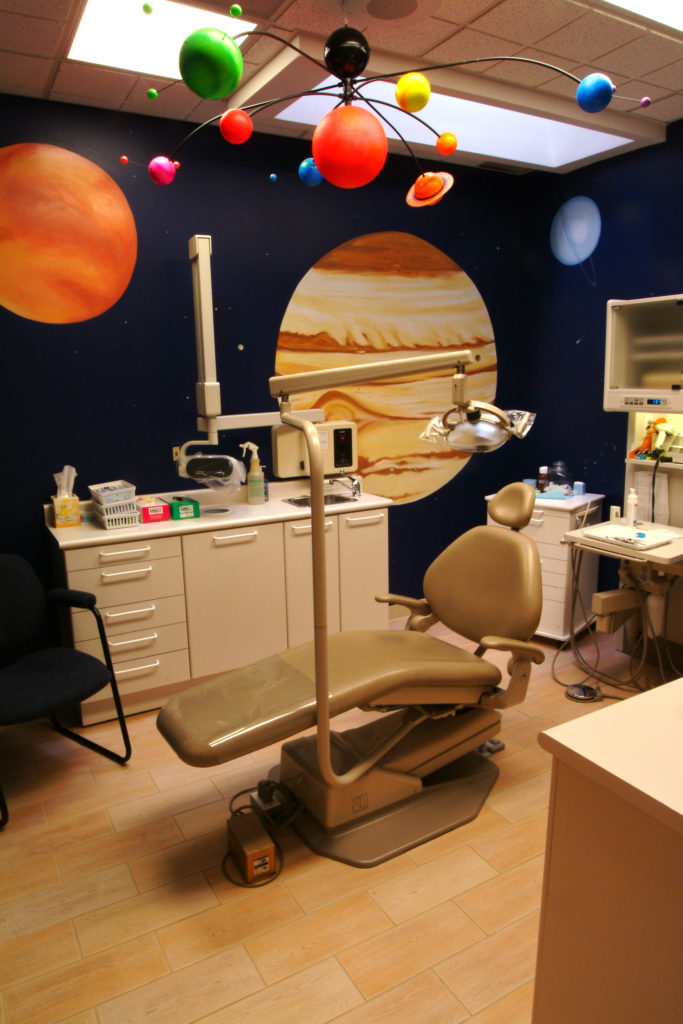 This dentist wanted rooms that kids could escape in while they sat for their appointments.  3 rooms all depicting different scenes; space, underwater and jungle make this office one kids talk about and parents love!  If you have an office space that needs something special a mural can transform a space like no other medium.  Bob has worked for some of Cleveland’s most innovative businesses.  Fashion icons Dots called on Bob to create a studio that inspires creativity, GE’s think tank asked to him to levitate its members into the clouds, one Cleveland’s greatest inventors wanted an elevator that’s 1’st floor was a forest floor and top floor was the top of its canopy, Alzheimer’s Care Facilities, Kemper House worked with Bob to recreate local historic scenes of residents past.  The idea are limitless and Dasher Decorative Arts can help you manifest any vision into your space!